Xena L4-7 test platform provides an end-to-end solution for stateful testing. Each test scenario requires two test ports to emulate users and servers. The two ports on Xena L4-7 chassis communicate with each other in an end-to-end fashion, that is, connections between the two ports are end-to-end established. 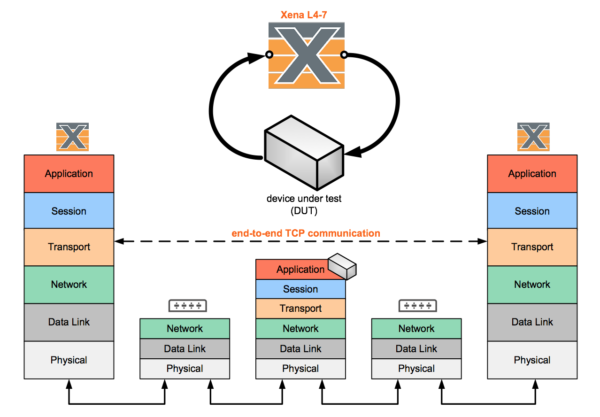 Subnet is a very important concept in VulcanManager. A subnet contains a range of consecutive IP addresses and is presented by a Classless Inter-Domain Routing (CIDR) block, e.g. 10.0.0.0/8 or 16.0.0.0/16. After being configured, a subnet can be assigned a role as Client Subnet or Server Subnet for a specific test.

VulcanManager allows you to define subnets and configure test scenarios according to actual requirements.

User is another important concept in VulcanManager. A User, i.e. emulated user/client, represents one IP address in the Client Subnet. One User can have one or multiple ports assigned. Thus, the number of Users is always equal or less than the number of TCP connections. A typical example is that a User can emulate a PC in reality, where the PC is assigned only one IP address and communicates with servers using multiple ports. 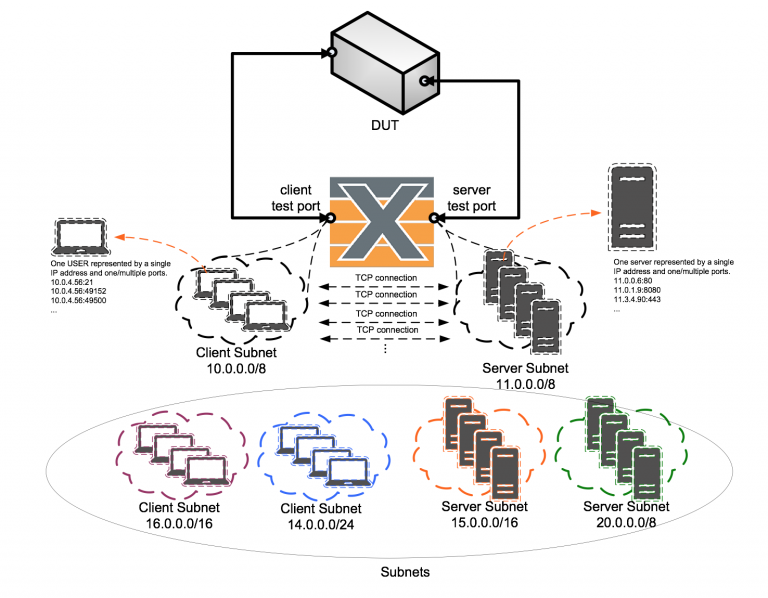